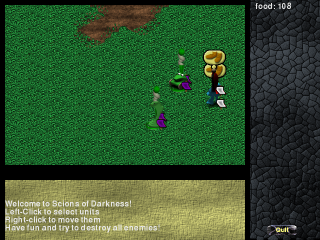 HoleInTheHeadStudios, also known as Hiths, and previously known as ThreeLittlePygs and Team QuickSilver, is a mostly game development team founded by Matthew Roe and Chris Hopp in 2006.

The team has produced several games and libraries, currently all content is open-source.

They also compete in the bi-annual PyWeek competition.