From Libregamewiki
Jump to navigation Jump to search 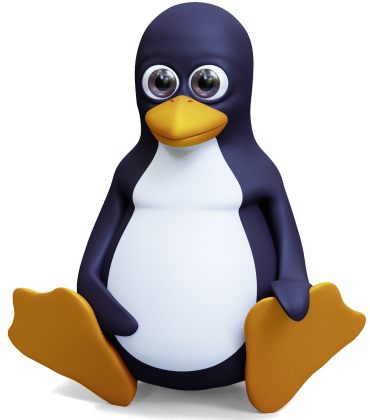 Tux is the official mascot of the Linux kernel and is a widely known symbol among the Linux and free software community. He is short, fat, and has yellow duck-like flippers and a beak. He was designed by Larry Ewing, based on a suggestion by Alan Cox, and he was named by James Hughes. He represents no known penguin, but looks most like a fairy penguin. Due to this symbolic significance he appears in many free software games and even some proprietary ones. These games are typically non-violent and child friendly. There is an alternate mascot for the kernel, Tuz the Tasmanian devil, which was used for version 2.6.29 in order to promote support the effort to save the Tasmanian devil species from extinction due to the devil facial tumour disease[1], but this mascot has never starred in a game.

Although the games featuring Tux are each set in their own storylines or have no back story at all, there are many common elements. Most of these are based on real life penguins or perceptions of them in popular culture. Many feature Tux living in Antarctica, often with other penguins (SuperTux, Pingus, Extreme Tux Racer etc). Typically Tux and his fellow penguins are after herrings and other types of fish, and as such these are usually bonus or vital items (Tuxedo T. Penguin: A Quest for Herring, Extreme Tux Racer, Tux Typing etc). Repeated, often one-sided, references to the market and ideals conflict between Microsoft Windows and Linux, and free software and proprietary software are also common in these games (XTux, FreedroidRPG, etc), similar to games like XBill.

In Pingus the penguins have to venture out of Antarctica to try and figure out the force, global warming, that is destroying their world. In other games such as SuperTuxKart and Wormux there is no back story and no real environments related to Tux or penguins, just the addition of Tux and/or multiple Tux-like penguins. In Frozen Bubble there is no back story, but graphically it appears to be set in Antarctica with a Tux-like penguin trying to save his igloo from being crushed by the downward coming bubbles. SuperTux and clone ReTux features Tux trying to save Penny after she is kidnapped by Nolok. IceBreaker has the player capturing penguins to be shipped to Finland as part of a plan for world domination. FreedroidRPG has one of the more creative uses of Tux in a video game - as an extraterrestrial. Tux is a member of a race known as the Linarians who is stranded on Earth in the middle of a major conflict between humanity and evil conquering "MS Bots".

In many games there is also a, sometimes playable, female side character. The most common of these being called Gown or Penny. These are sometimes hinted as being Tux's girlfriend or just close friend (they have been described as being similar to Princess Peach in the Mario series[2]). Gown is sometimes depicted simply as a pink version of Tux (eg XTux) or as having a slightly skinnier figure and wearing items of female clothing including a red and white short skirt and a hair bow, according to Steve Baker inspired by Daisy Duck (eg TuxKart and A Quest for Herring). Her name is supposed to be a pun on Tux being short for tuxedo and gowns being another form of clothing.[3] Penny in the games SuperTux and SuperTuxKart is purple and white (SuperTuxKart once featured Gown and still has a map called "Gown's Bow"). Penny has been suggested as a pun on "PENguin".[3] In Freeciv the default female leader name for the Antarctican civilization is "Tuxette". Steve Baker, creator of A Quest for Herring and TuxKart has stated that he prefers his original character of Gown.[3]